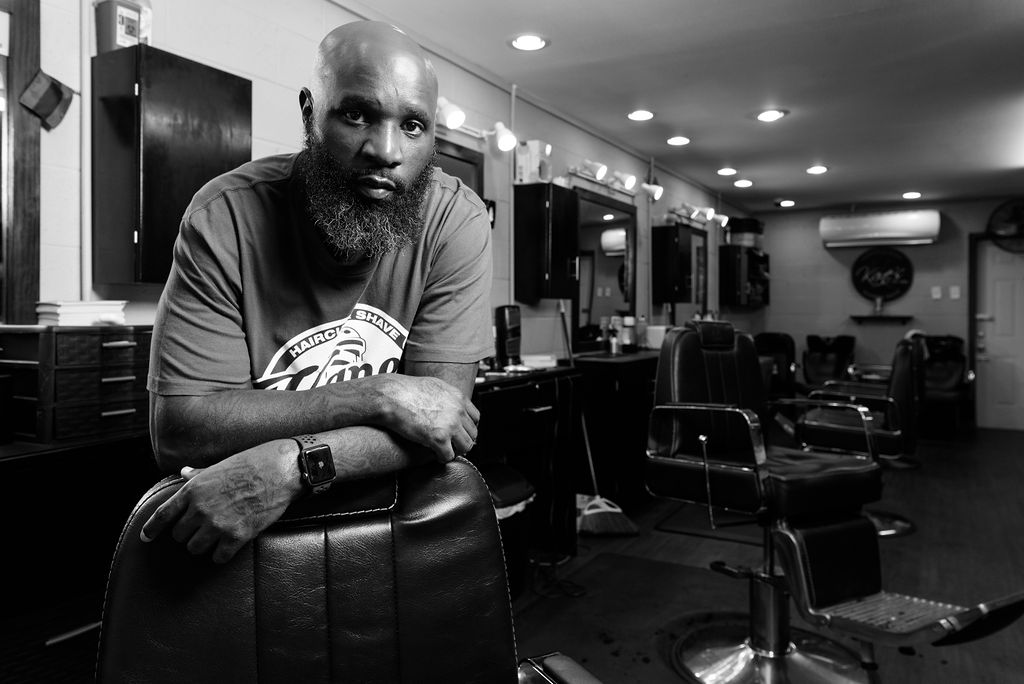 Stevin Kane is a Texas native and owner of Kane's Barbershop in East Austin, Texas. Stevin's leadership and talent helped him secure a government contract with Job Corps that gave him and his employees a new experience as barbers in finding other channels to drive revenue and growth for their business.

Stevin's story of journey to becoming a barber is one of loss and rebirth. In August of 2005, Stevin lost his older brother to complications from AIDS. It was during this time that Stevin moved to Austin to help his brother prepare for his journey home. While in Austin, Stevin recalls his brother telling him to start his own business and barbershop. This experience pushed him to do just that. Stevin donates yearly to AIDSUnited.org to help educate people about HIV and fight the AIDS epidemic that still affects millions of people today.

In addition to owning and operating Kane's Barbershop, Stevin continues to support community initiatives in the Austin area. He visits adult centers and nursing homes during his free time and cuts hair for those who are unable to move around and visit his local barbershop. Recently, Stevin began working on a project called "A Cut Above Initiative" to empower young kids through the Boys and Girls Club and Gus Garcia: Young Men's Leadership Academy. Stevin embodies many leadership qualities that allow him to give back and teach others the value of hard work, responsibility, and accountability.